Last week, my theme for my workshops at Walton, Cavendish and Newholme Hospitals was Wildlife in Winter. There are a few reasons for this. Firstly, that watching and enjoying wildlife is something that most people can do, even if they are not active. It’s so rewarding and entertaining to watch birds on a bird table from the comfort of a window. Secondly, it was the week of the Winterwatch wildlife TV programmes, broadcast live from the snowy Cairngorms, and it was also leading up to the RSPB Big Garden Birdwatch, which I encouraged patients and staff to take part in. I’ve taken part in the Birdwatch today in my local park. Read more about it here.

These blue-tits seem to be admiring their reflections.

The chaffinch looks like he’s wearing a grey flat cap.

The robin looks cute, but he’s up for a fight!

The patients and staff really enjoyed talking about wildlife, and I learned lots as well – some lovely stories, wildlife knowledge and folklore that you can read about in the poems below.

As the week wore on, we were enduring freezing temperatures and very wintry weather too, as it started snowing on Tuesday night and we woke up to a wintry wasteland on Wednesday.

By Friday, the snow had melted enough to allow me to drive to Bakewell to deliver a Dales Tales session at the Age Concern Centre in Bakewell. I thought they would enjoy the wildlife in winter theme, and they did, having a great discussion that carried on long after I’d left!

“One for Sorrow” –
You’ve got to salute a magpie
In case he brings bad luck.
The wood pigeon is a big bully –
Eating food the other birds need.
The chaffinch looks like a little old man
In a grey cap. He has lovely colours,
Russet orange, and a lovely song.
Sparrows come into the kitchen
To peck up crumbs, if I leave the door open.
They’re good companions.
Their noisy chirping is a homely background.
The hedgehog has a face like a little granny.

Blackbirds start singing very early.
The robin waits on top of the fence
For the gardener to turn up some worms.
The great tit sounds like a rusty wheel.
Sparrows in a mob – always falling out,
Flying off in a flock when something scares them.
Fox cubs playing first thing in the morning.
It’s lovely to watch them.

I like to feed bird: sparrows and blue tits.
The crows like to pick bones I put on the bird table.
The flocks have a strict pecking order –
One of them seems to be in charge.
Magpies take fledglings; take glittery things.
They attract attention to themselves.
Rooks have feathery trousers.
Blackbirds feast on rose hips in the garden.
I get a hard stare from the robin when there’s no food left!

“Good morning, Mr Magpie, how your family?”
That’s what you say when you see a magpie alone.
They steal fluffy chicks and unhatched eggs,
Fly in treetops, looking for pigeon nest to raid,
Listening for the sound of fledglings.

The blue tits are the gardener’s friend
Eating aphids and caterpillars,
But my wife believed that birds were bad omens
And wouldn’t let them in the house –

Apart from our parrot. He was an exception.
He would impersonate a motorbike
That passed the house every day.
She wouldn’t allow a bird picture or ornament
And I had to keep my bird books in the shed.

Birds of a feather…

The crows calling in the tree
All saying “where’s my tea?”
A mob of greedy starlings
Eating all the food, not starving.
They gather to roost at Longstone Moor
Synchronised flying, never unsure.
The skylark sings as it lifts to the sky
To drop and evade the predator’s eye
The sweet melody of the blackbird’s song
Reminds us of summer, when daylight’s long.
The goldfinches twitter and fly in flocks
The “spuggies” perch in the window box.

Last week on my visits to Derbyshire Hospitals, we cheered ourselves up by thinking about postcards and holidays. We looked at the history of postcards, and thought about who we’d most like to send a postcard to, and where from. The patients also got a chance to close their eyes and be taken on a journey to a beach with golden sands for a spot of sunbathing. We almost succeeded in convincing ourselves we were somewhere warmer, but when we opened our eyes, we were in Buxton, and it was snowing!

A postcard from the seaside

It would be great to be on a beach in Australia.
Somewhere warm –
Failing that, the beach in Skeggy
Any time of year, even winter
Wrapped up against the wind.

In the old days, we’d go on holiday on the bus
On the steam train to Skegness or Cleethorpes
You can see more on a coach – an exciting journey!
Looking out to see the sea for the first time.
Everything changes as you get closer
Buckets and spades outside shops, seagulls overhead.

Collecting shells on the beach,
Crabbing lines baited with fish eggs,
Candyfloss getting stuck to your nose.
Knitted swimming costumes
Ice creams, mushy peas and cockles
Fish and chips and shrimps.
Tucking your dress into your knickers to paddle
Buying souvenirs – ashtrays and paperweight
Then going home with sandy feet. 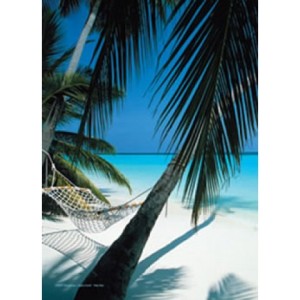 A postcard with a palm tree view will make your colleagues jealous!

Wish you were here

Wish you were here
A postcard to work – to show off!
‘I’m on a world cruise, going over the equator!
Just going over the Victoria Falls!’
Make them jealous with a palm tree view.

Send a postcard from Buxton:
‘I wish you were here – oops – you already are!’
Send a saucy postcard or a nice sea view,
A boring picture of a roundabout in Milton Keynes.
‘I’ve been captured by the Scousers in the Mersey Tunnel!’
Wish you were here! I’m glad you’re not.

If I could send a postcard from anywhere,
I’d like to go back to Hong Kong,
Where I lived for years, and felt at home.
Skiing in France,
Safari in Africa,
Honeymoon on Jersey –
Romance and candlelight
I wish I was there… 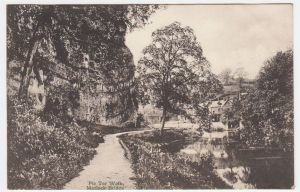 Those saucy postcards are beyond the pale…
I’d much prefer pictures of a nice view –
Mountains in Derbyshire:
Kinder Scout and the Pennines,
Scotland – camping holidays
No tacky seaside resorts for me.

Yesterday, I drove to Ilkeston, a town in the South of Derbyshire (not far from Derby), a former mining and textiles town, to do one of my Dales Tales sessions at Midway Day Hospital, which works with older mental health patients. The hospital was lovely and modern, and the staff and day patients made me feel very welcome. Particularly as one of the nurses was one of my old school friends who I hadn’t seen since moving to Sheffield as a student almost twenty years ago! That was a real bonus.

Even though I’m now a resident of South Yorkshire, I always find it reassuring to hear East Midlands accents. Ilkeston natives refer to the town as “Ilson”! So I felt right at home as I settled down to hear about the patients’ diverse tastes in music and listen to the tracks that I had prepared to take them back in time. Interestingly, although many of the patients had been teenagers during the 1950s, quite a lot of them didn’t like Elvis! They preferred Bill Haley and the Comets. This was surprising, particularly as yesterday was Elvis’ birthday – the day that Elvis would have turned 80.

We talked about the teenage nightlife in Ilkeston in the 1950s, and the patients surprised us with the antics that they got up to. It just proves that young people are pretty much the same, whichever era they’re growing up in!

The boys met the girls in there,
So they didn’t have to pay for them.
Got drunk first on pints of bitter
In the Warren. Lots of pubs,
But they all shut at ten.

They were in skirts with petticoats
Lipstick applied carefully at a friend’s house.
Ready to jive and rock ‘n’ roll.
Lined up to see who’d get picked first.
Twirling around the dancefloor,
Sweet-talk and cheap scent.

All over by eleven –
Running for the last bus home,
Fish and chips,
Walking the best girl home.
She’d have to wipe that make-up off
Before her dad saw her.